Thanks for Signing Up For Our Newsletter!

As Promised, Here are the First 6 Drills from Our Drills DVD!

Keep Reading to Find Out How You Can Receive the Rest of the Drills at a HEAVILY Discounted Price!

To Purchase the Full DVD 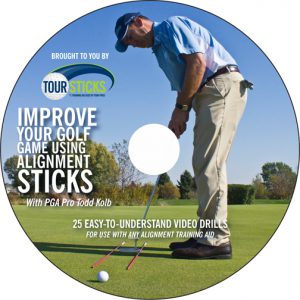 PGA Teaching Professional Todd Kolb is recognized as one of the top instructors in the upper Midwest. He is one of a handful of instructors who have been certified by the PGA of America in golf instruction.

In addition to receiving this honor, he has also received golf biomechanics accreditations from the Titleist Performance Institute and leading bio mechanist, Dr. Young-Hoo Kwon.

In 2010 Todd started Team 605 to provide highly motivated juniors with opportunities to compete at the highest level. The junior golfers in Team 605 have combined to win over 50 state championships and tournaments across the United States.

Todd has spent the majority of his career focusing on the development of the highly competitive golfer. He currently coaches players on the LPGA Tour, mens and womens mini-tours, and aspiring touring professionals.

Todd graduated from the Professional Golf Management Program at New Mexico State University in 1994. He and his wife Susan have two children.